The Brooklyn Cyclones minor league baseball team front office staff played baseball for 24 straight hours in an effort to raise money and awareness for local Brooklyn food shelters.  The Cyclones took on teams of fans from five to 85 years 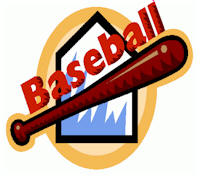 old, consisting of the Borough President’s office, T-ballers, circus clowns, Coney Island freaks, The Old Boys of Summer, and more. Participating teams were asked to make donations, with all proceeds from the event going to Reaching Out Community Services, Inc. and Coney Island’s Salt and Sea Mission Church, Inc. Fans were also asked to make a donation to the cause. The idea for 24 hours of baseball was born in a winter meeting focusing on ways to generate attention that would help the ballpark’s immediate surrounding community.