I work for a non-profit organization and one of the fundraisers we had was very simple and raised $750.00. Our senior center is in an old elementary school. We lease the far end to Head Start. We bought a doll and a toy school bus for the 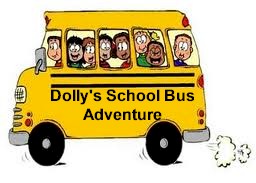 Head Start children and wrapped them in see-through cellophane tied with a large bow and put them in the display case closest to the cafeteria. We cut out paper school buses from bright yellow paper and sold them for $1 each. As they were purchased, the buyers would put their names (or their children or grandchildren’s names) on them.

They were then taped to the wall and trailed down the hallways from the cafeteria to the closest Head Start classroom. As each display class was reached the doll and bus were then moved to that case. It took about 3 months for the buses to reach the Head Start destination, at which time the children took possession of the toys.  Source: Susan S., Washington Life Center, Marine City, MI)