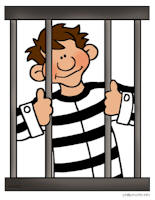 purchaser wished to have arrested. During the game they would have a volunteer police officer in uniform with the helps of students randomly arrest the students during the game. They set up a section on the track where the arrested students had to sit for 20 minutes. The students that were arrested could pay $3.00 to find out who had them arrested and an additional $2.00 to have that person arrested. It was a lot of fun and they made a lot of money cause the students had a blast having their friends arrested. They even had fans from the other team that were sitting on the home side arrested and most were good sports about it.  Submitted by Carley, South Louisiana